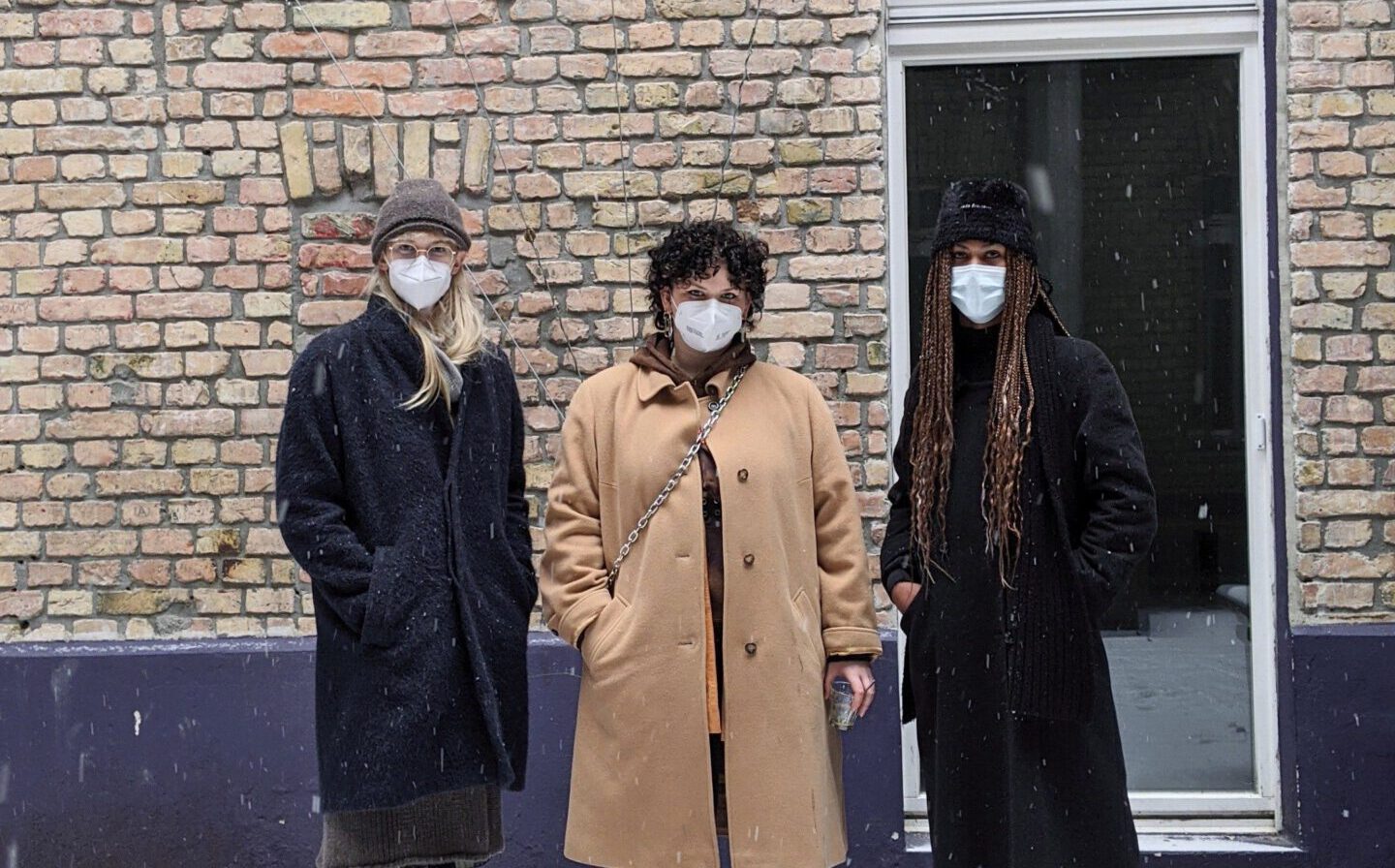 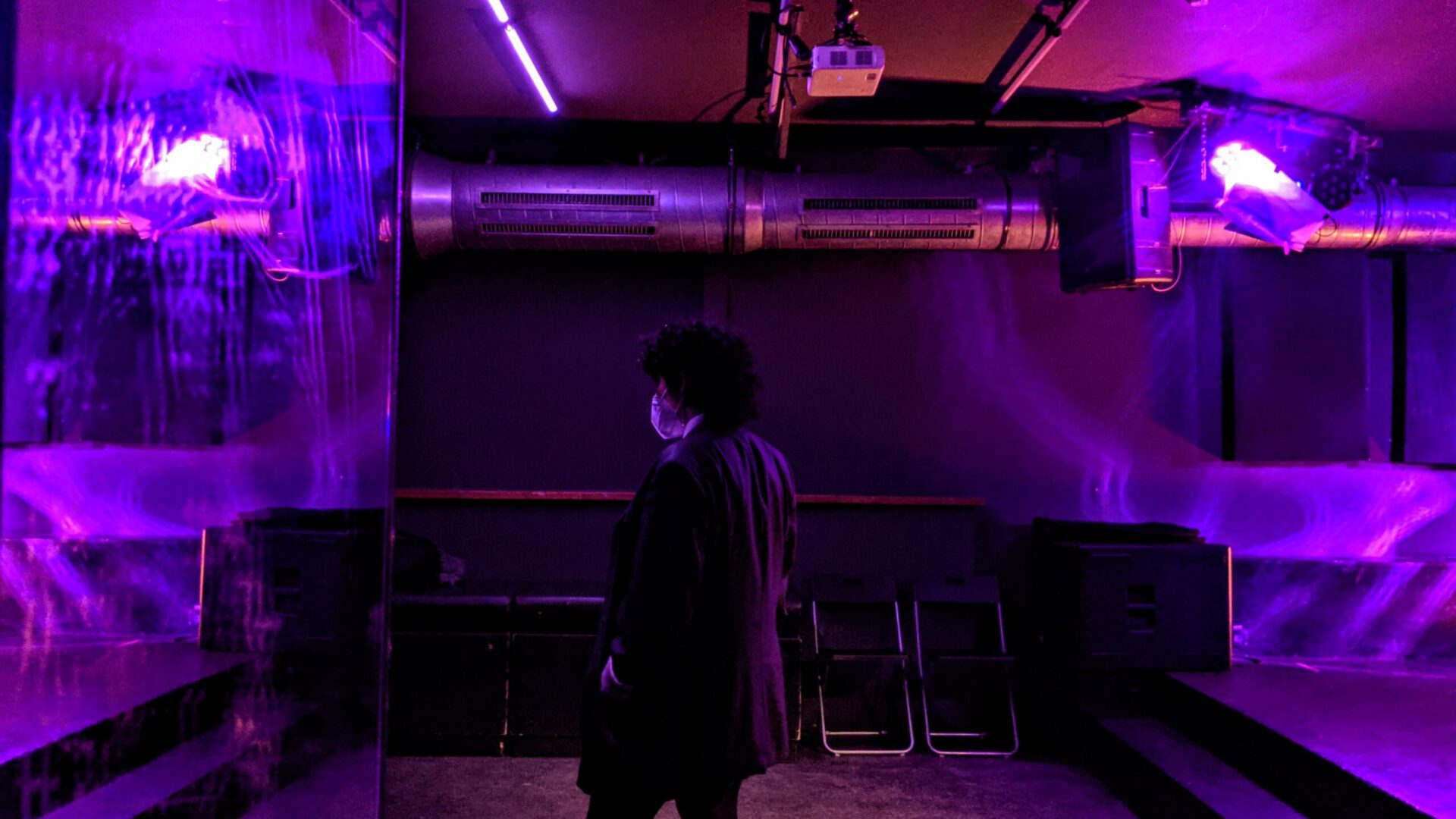 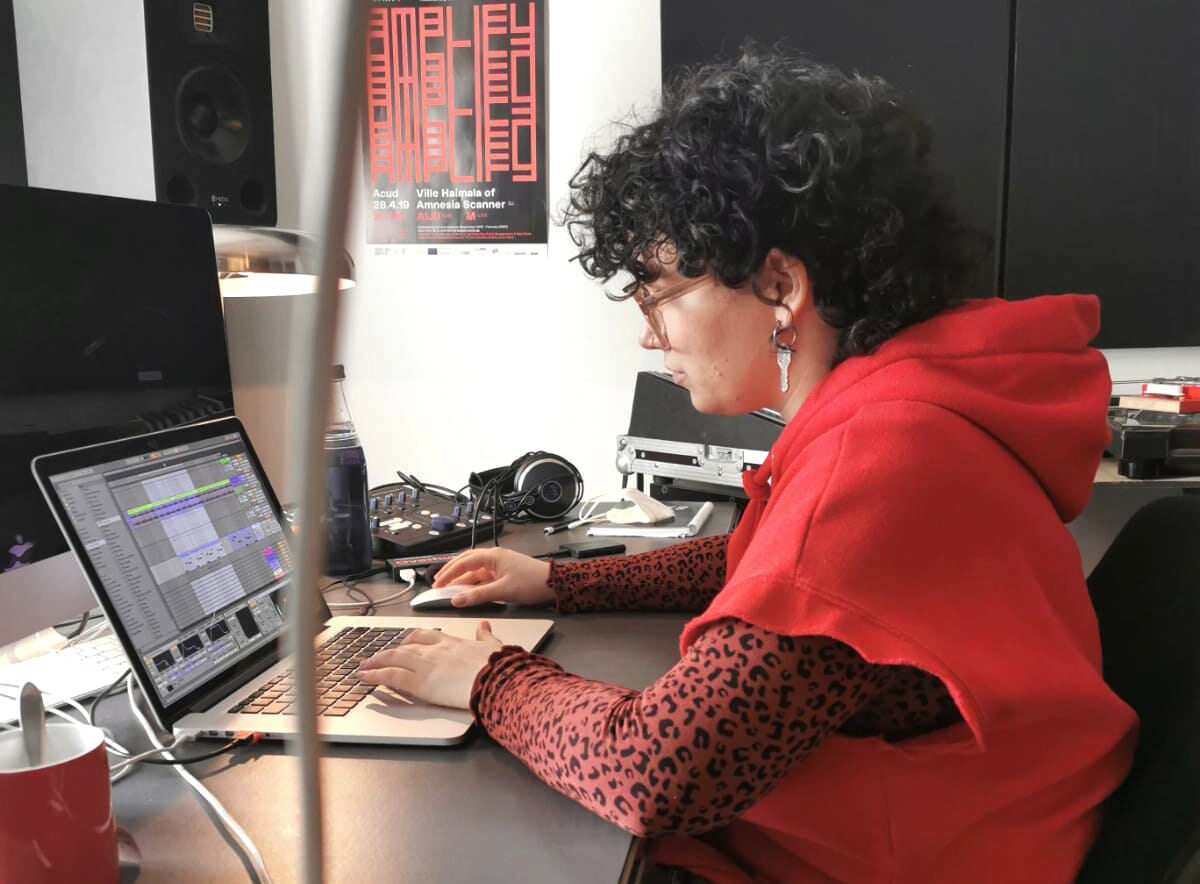 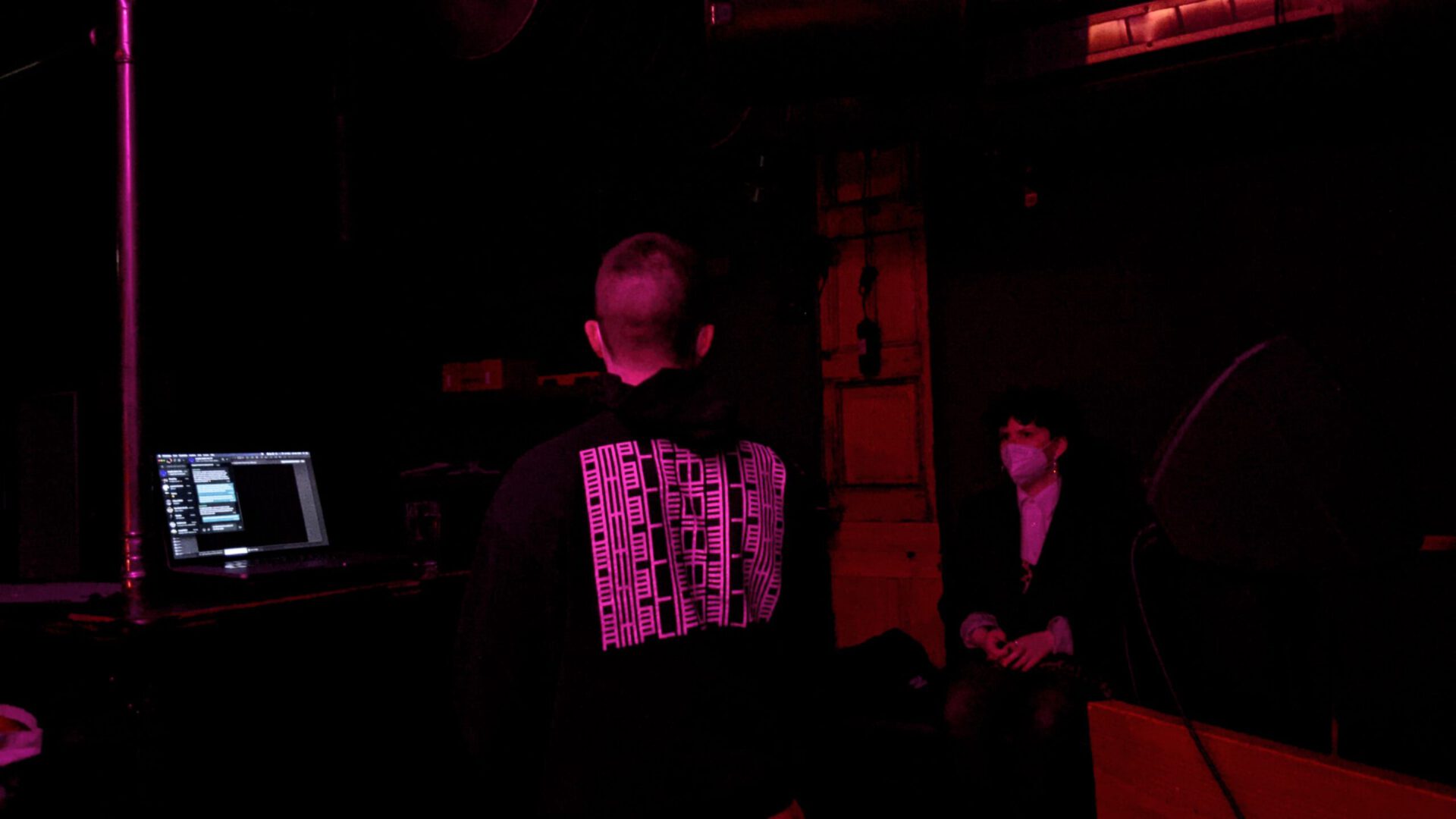 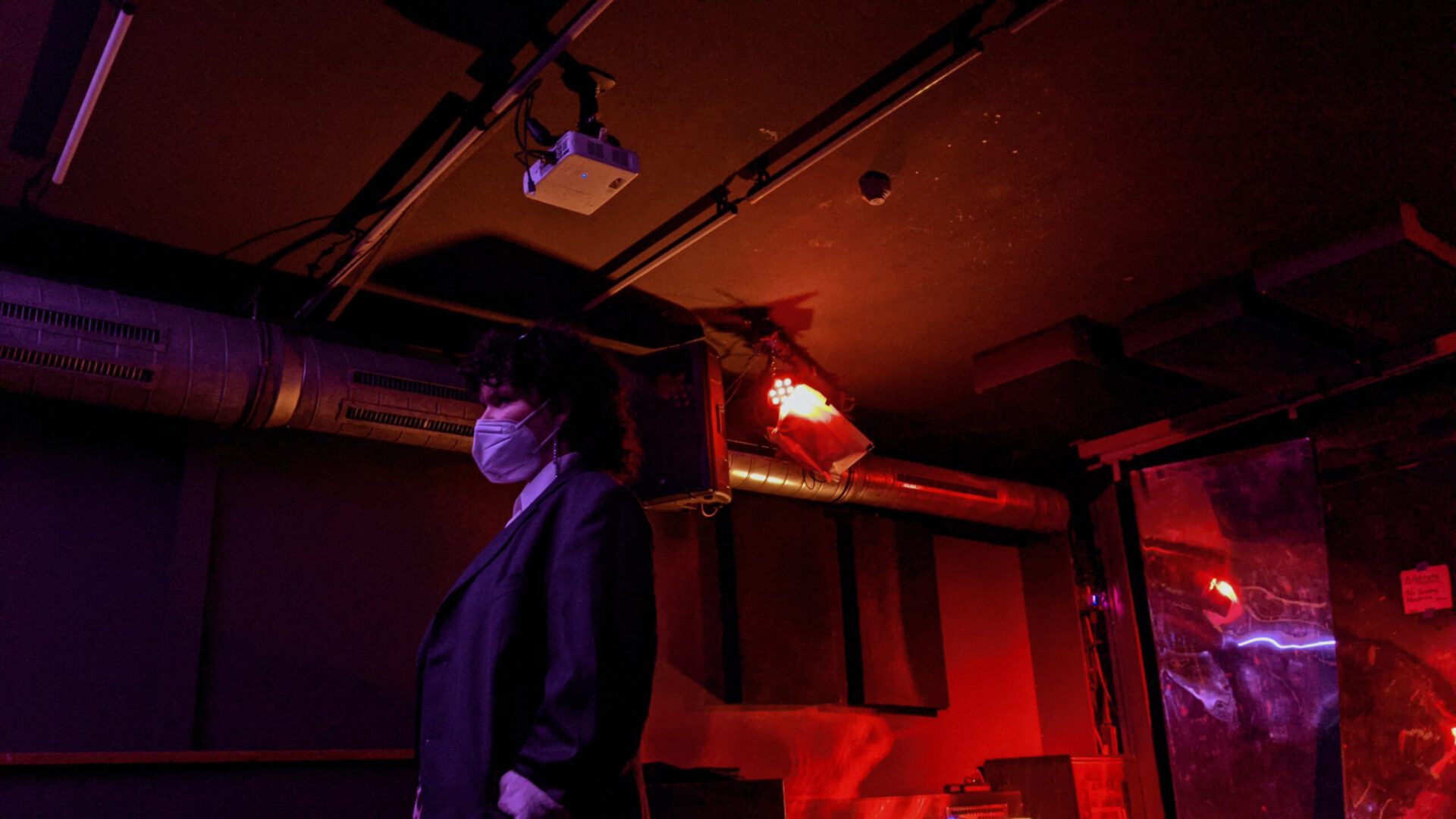 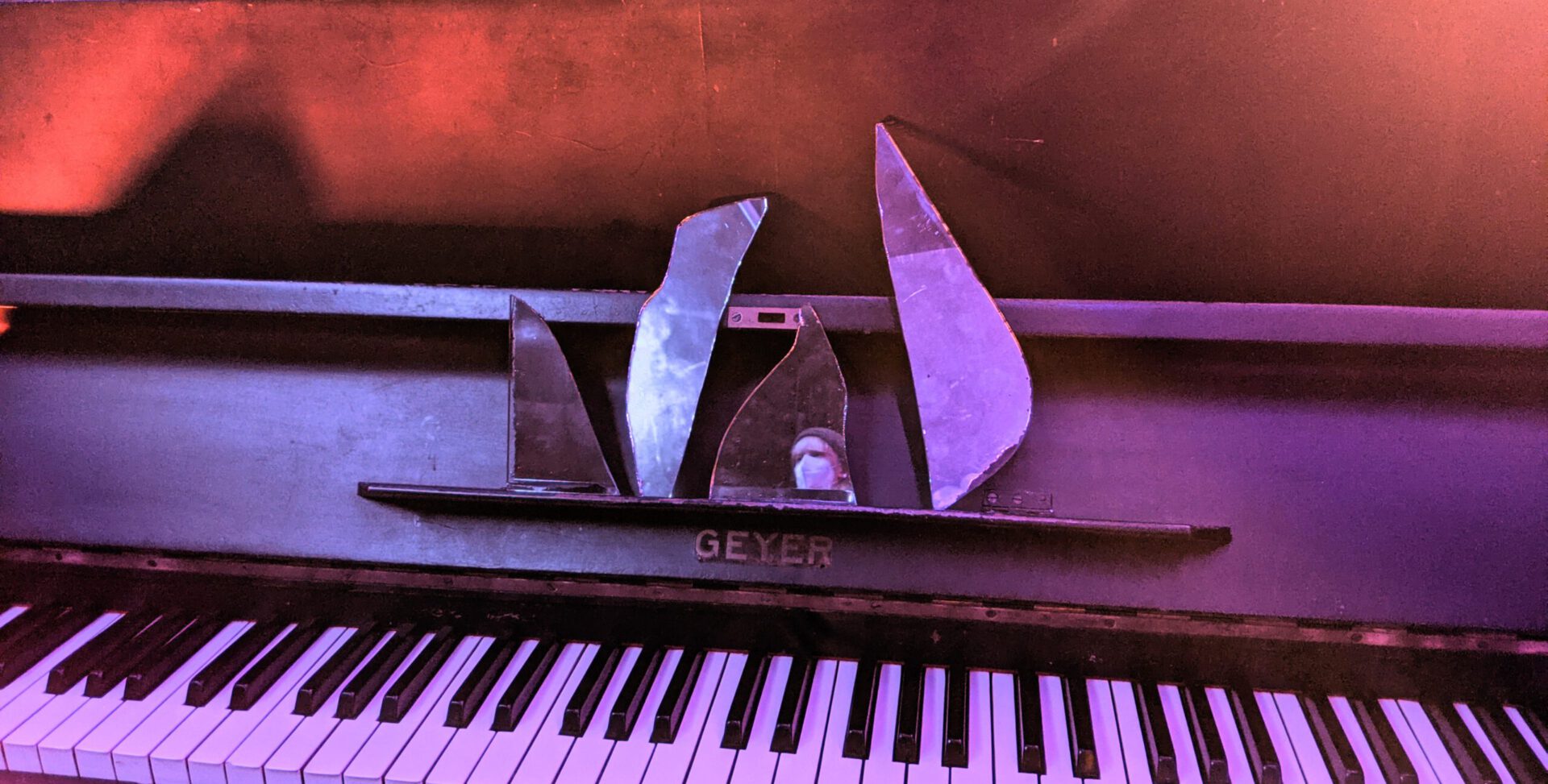 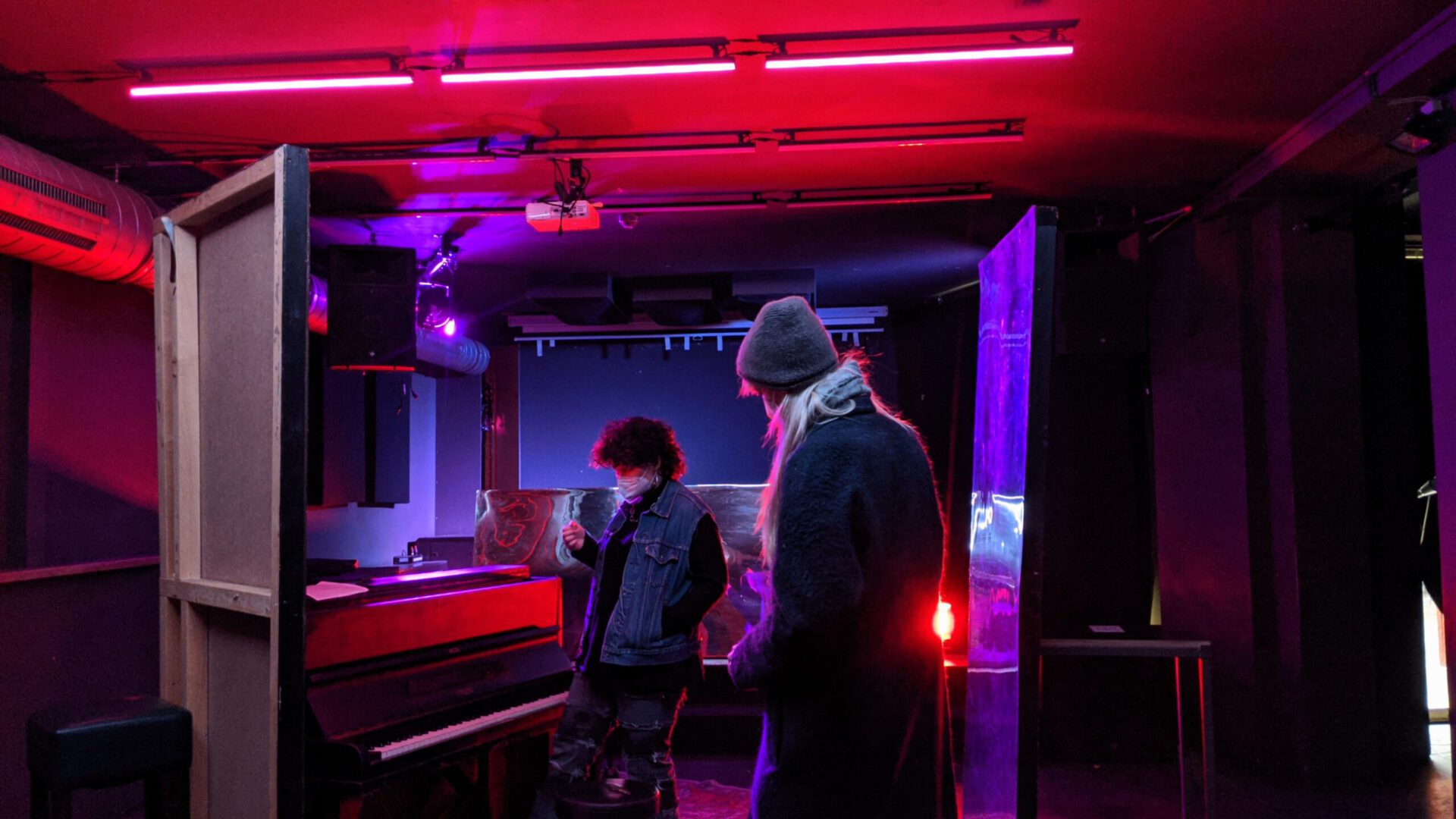 xanah operates as an interdisciplinary artist predominantly active in sound and performance and is currently based in Berlin, Germany. Coming from a rather traditional musical background and later on finding their fascination in electronic music and experimental art forms, xanah finds comfort in blending the best of both worlds. Their music combines modern tech perfection with the nature of basic human flaws and irrepressible thoughts and emotions.

“Cold technology plays a huge role in modern life, yet we wouldn’t function without love and warmth. It is the balance that lets the magic happen.”

xanah finds beauty in unconventional, rather harsh and messy soundscapes, adds their pure, longing and melancholic vocals and creates a unique combination built upon pop sensuality and ambient mysticism.

Sim Soledad is a black travesti, performer and DJ from Sao Paulo, based in Berlin. Her body moves through the different sounds inter-passing rhythms like Baile Funk, Vogue and contemporary dances. These connections develop nuances in her body’s creative process as a performer and in her musical production. Co-founder the queer collective Chernobyl1 that caters to a BPOC and LGBTQIA+ audience in Brazil.

SS: What do you see yourself doing 10 years from now?

x: It’s quite funny because I just recently had a manifestation meditation session and I asked myself the exact same question. To be honest: I still see myself making music but to a greater extent… I see myself touring, spending lots of time in the studio, collaborating with other artists, having loving relationships, great and lots of sex, good food, inspiring and supportive friendships, a cute rescue dog, an apartment with a nice view and basically living my teenage dream. Fingers crossed, huh.

SS: When you are producing, what are the things that you imagine?

x: Mostly textures, colors and feelings. All shapes and forms of water: be it sexual like a wet dream, or sad like a day of crying. When I produce, I always try to imagine the song visually. Am I being carried by it? Is it floating around me? Does it pinch my butt?

SS: If you didn’t live in Berlin, what is the place that you imagine yourself living in now?

x: I could see myself moving to Budapest for a while since my roots are Hungarian and I’d love to dig in the culture, learn more about music history and connect with queer folks over there. Then I’d probably stay in London for a tiny bit and finally move to Lisbon. I am done with Berlin for now.

x: You moved from São Paulo to Berlin, right? In what way can you feel the influences of the city-change in your art? Does living in Berlin gives you more space to be creative? If so, how do you experience it?

SS: Righ — I think what influenced me the most was the club culture. In Sao Paulo it’s a bit similar and that certainly influenced the kind of music I’ve been creating. Here in Berlin, I have had more time to organise myself and I have more time to invest in my music career. My experience moving to another city was definitely to see what I was creating taking more shape, in a way.

x: You are an amazing performance artist! Unfortunately, I have never seen your gig live but I wish to do soon when all this madness is over. Where would you like to perform next? Do you think your performance will be influenced by the past one year in lockdown?

SS: I would love to perform in Mexico but unfortunately I’ve never been there. If an invitation happened I would be very happy. I think that in the last year I have had more time to analyse my performance and polish things that I didn’t have time to do when I was performing. I believe that is improving my repertoire.

x: If you could only be listening to one album for the rest of your life, which one would it be?

Oh, that is a difficult question. I don’t know if I could choose an album for the rest of my life but I can talk about several that have marked me in some way. One album that I keep listening to and that has marked me in an emotional way is called “Pajubá” by Linn da Quebrada.