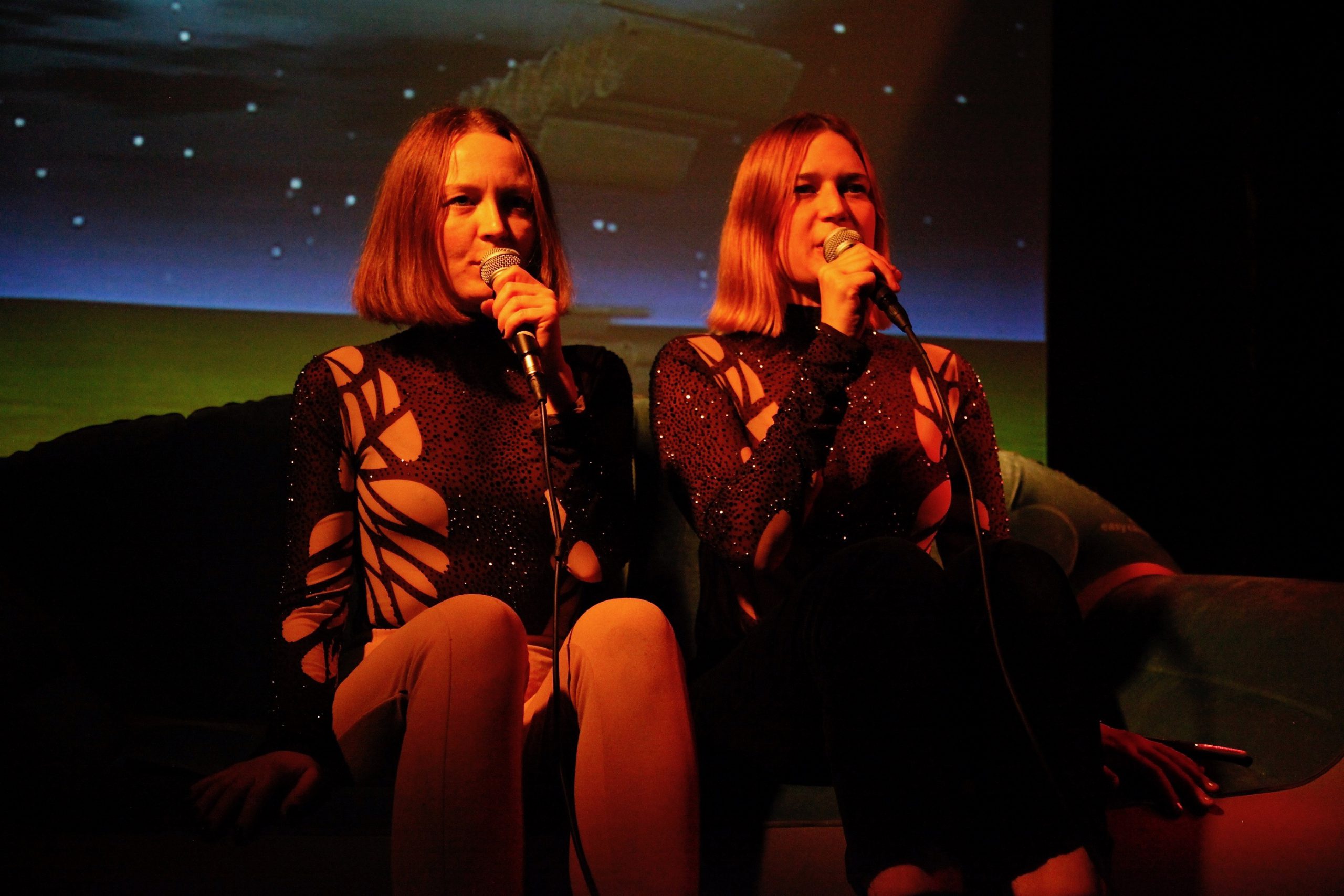 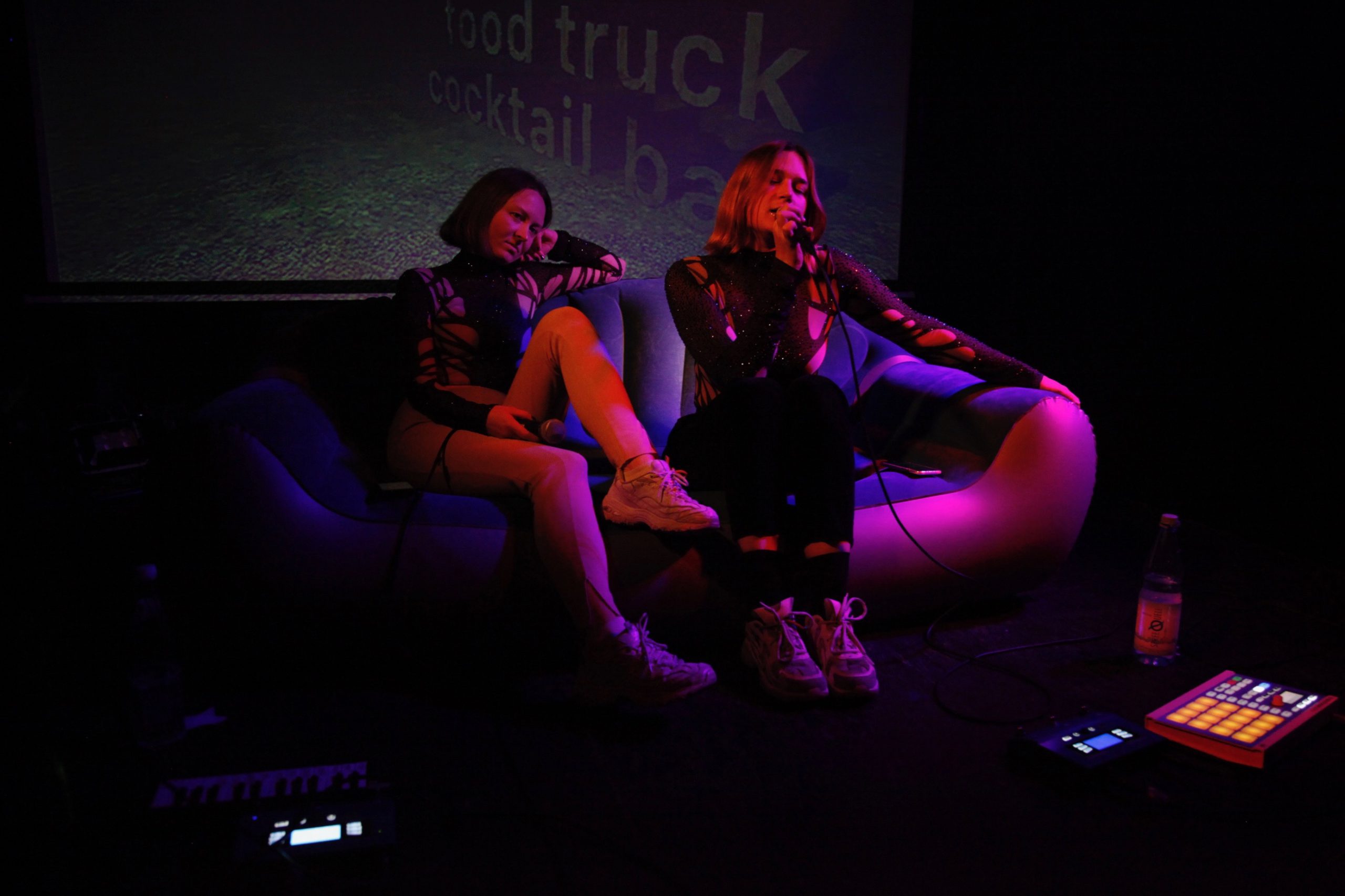 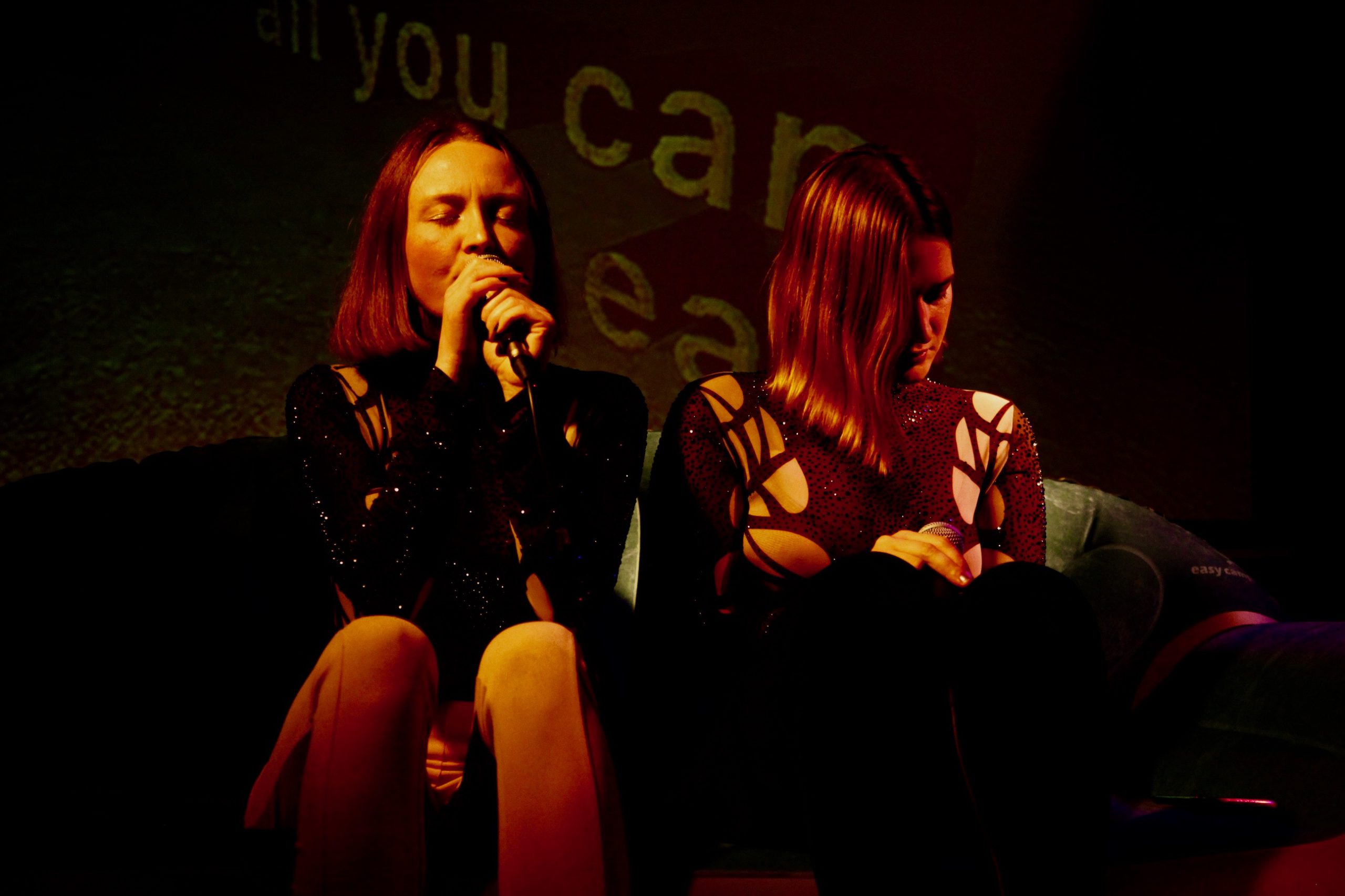 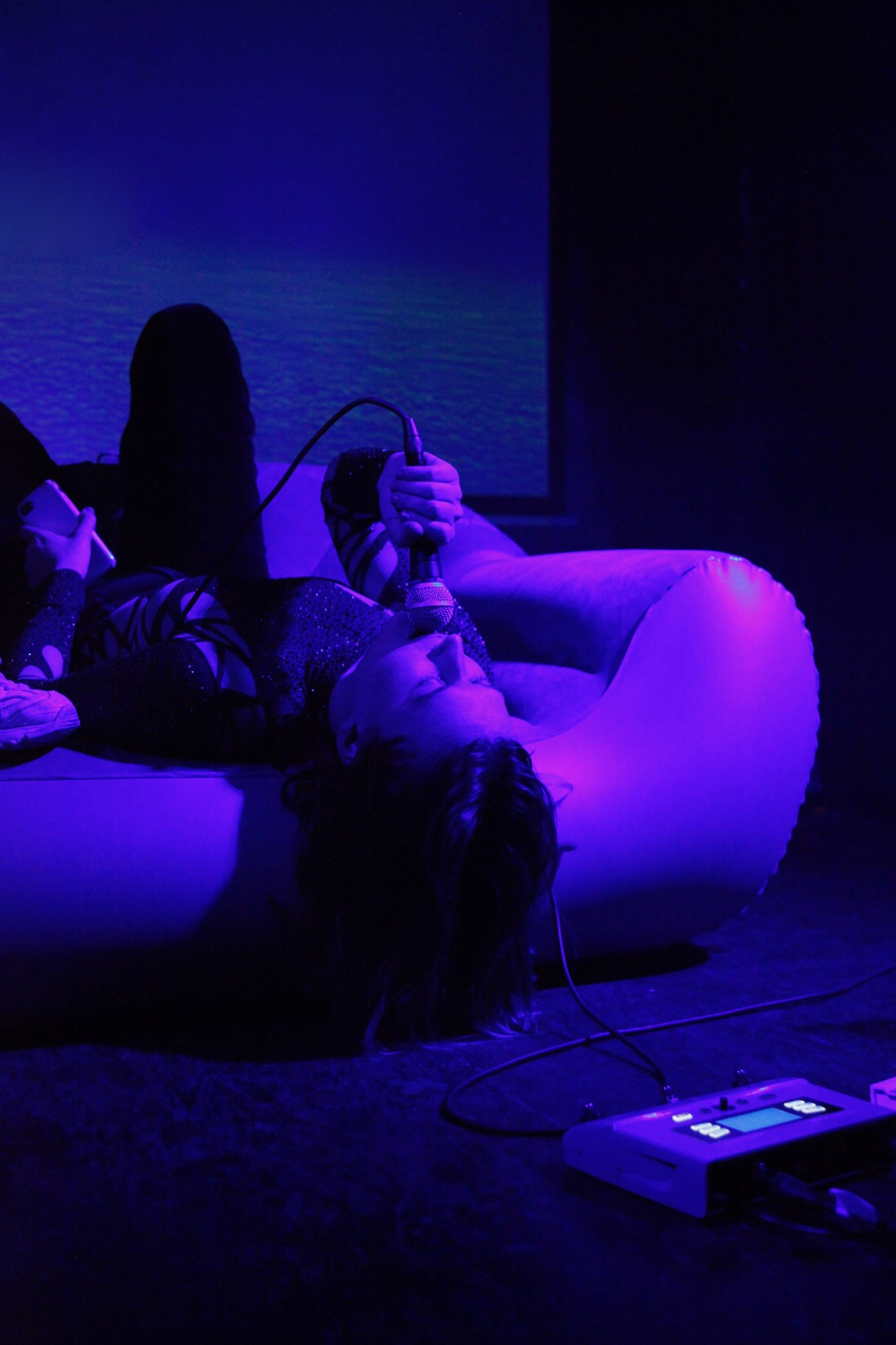 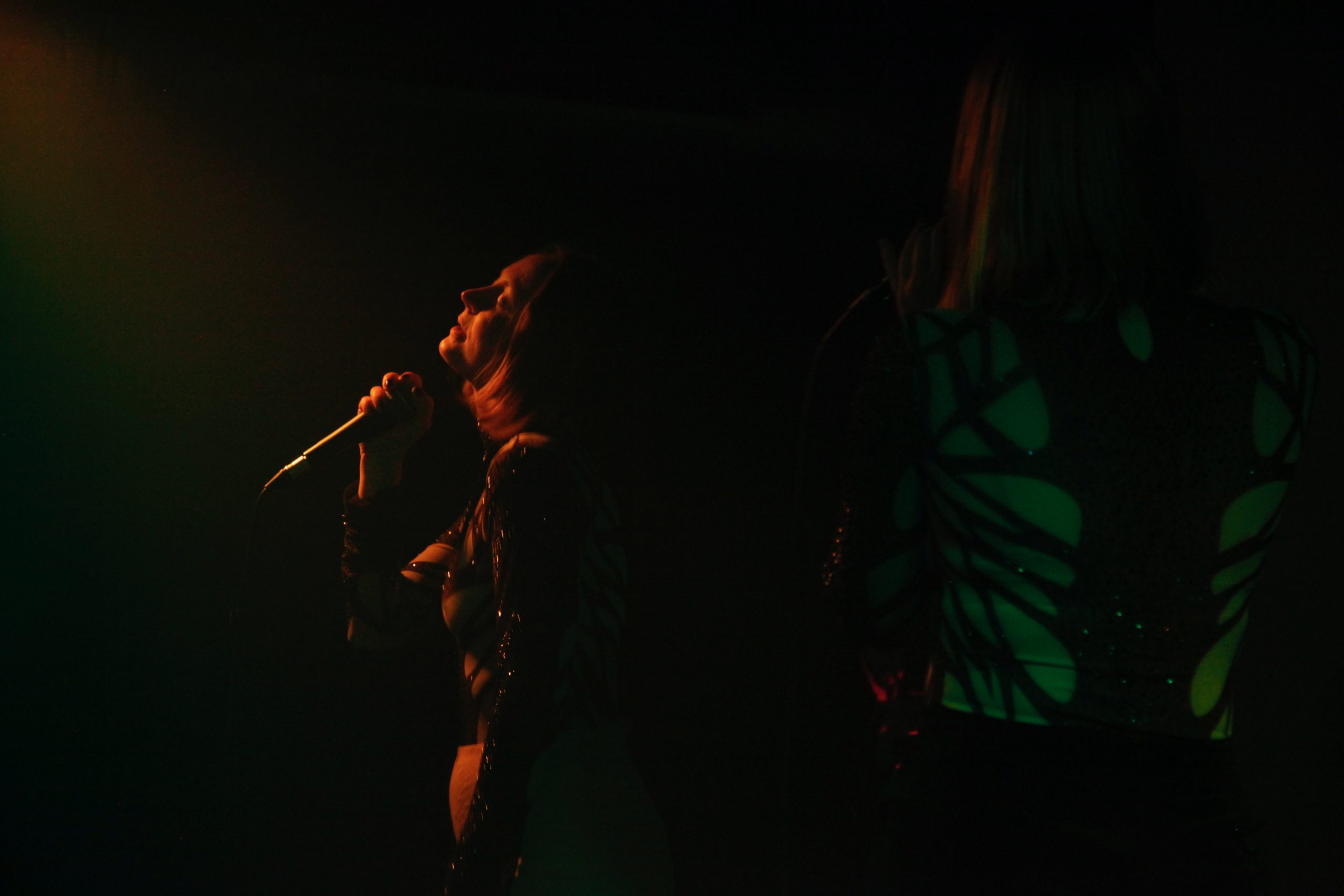 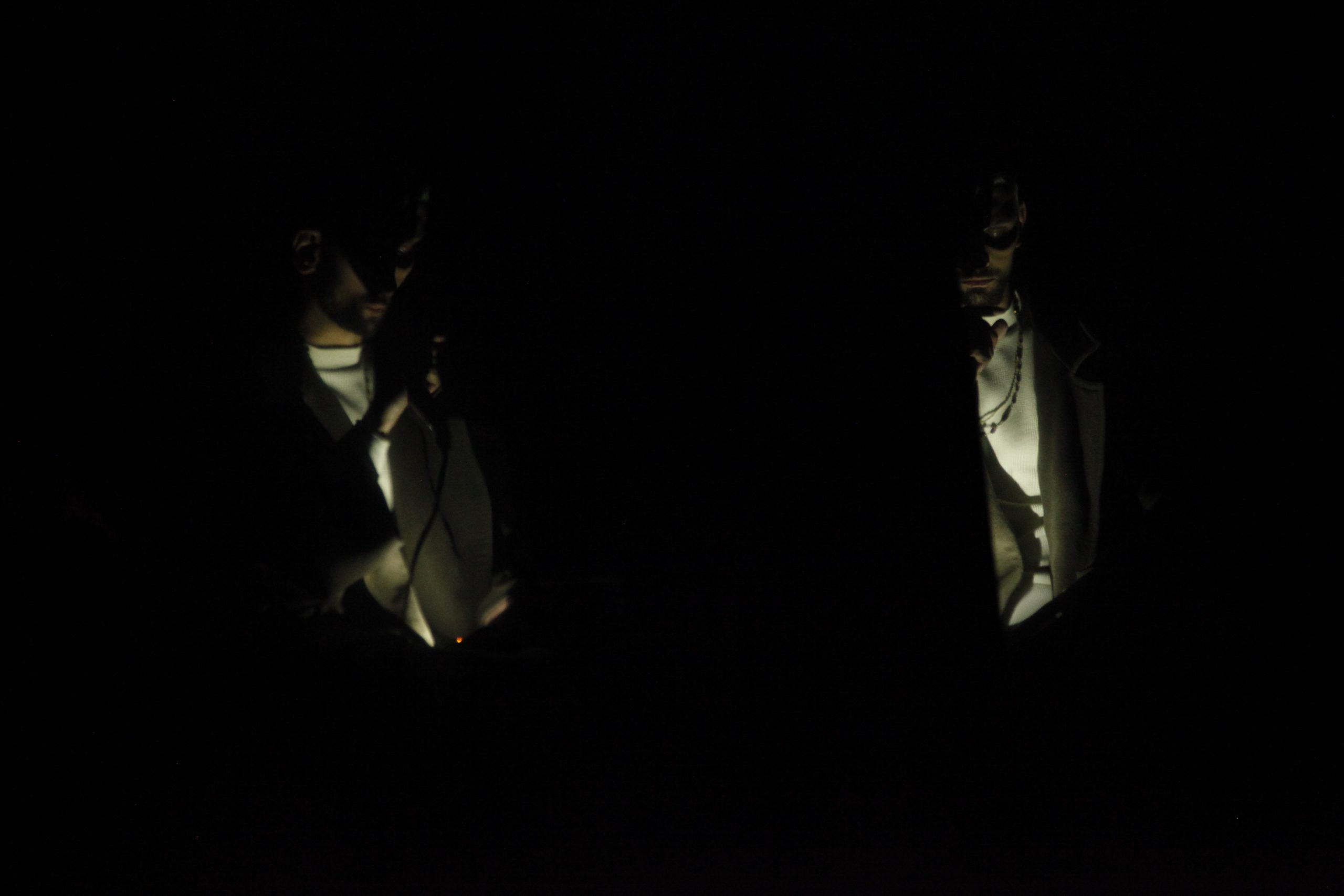 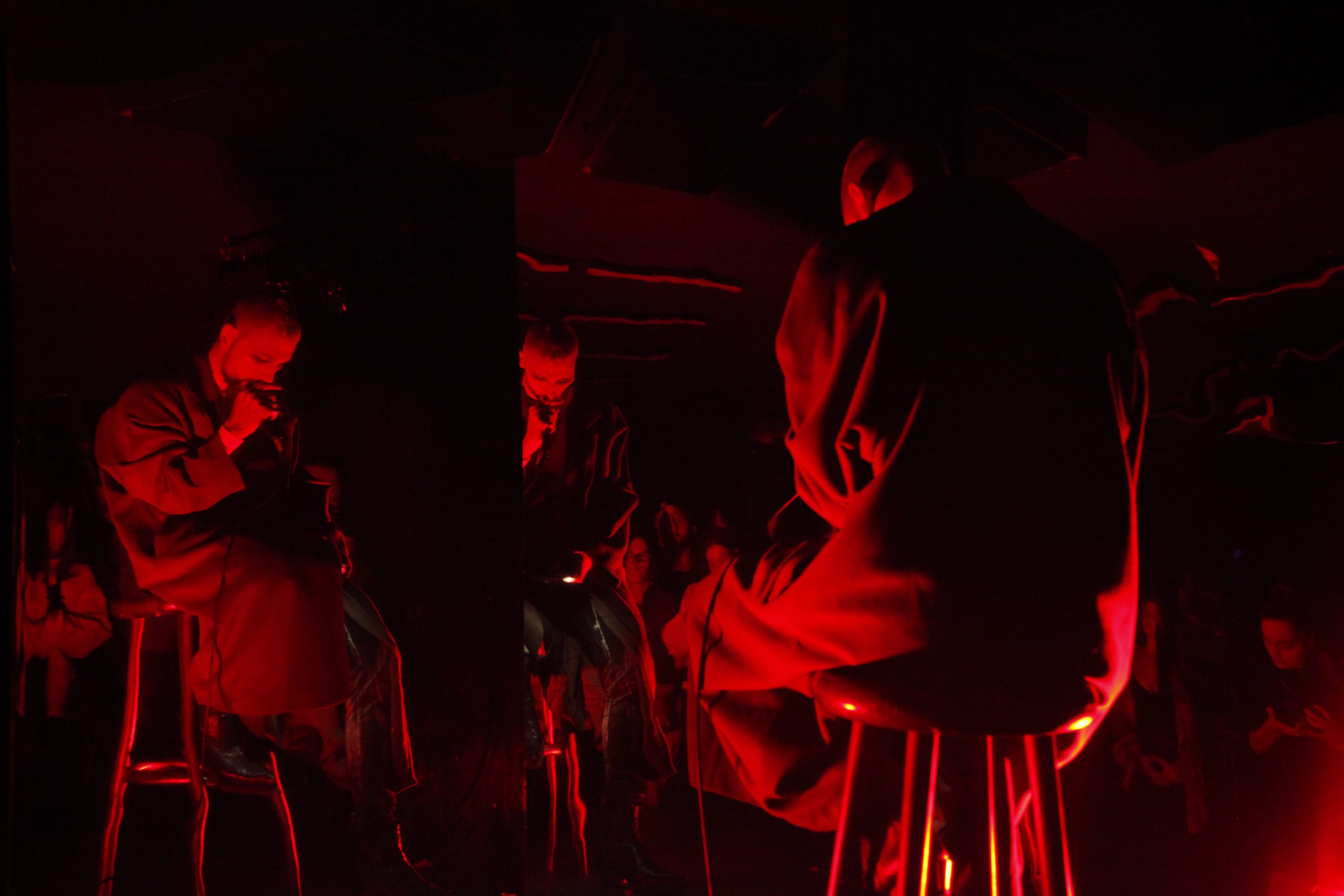 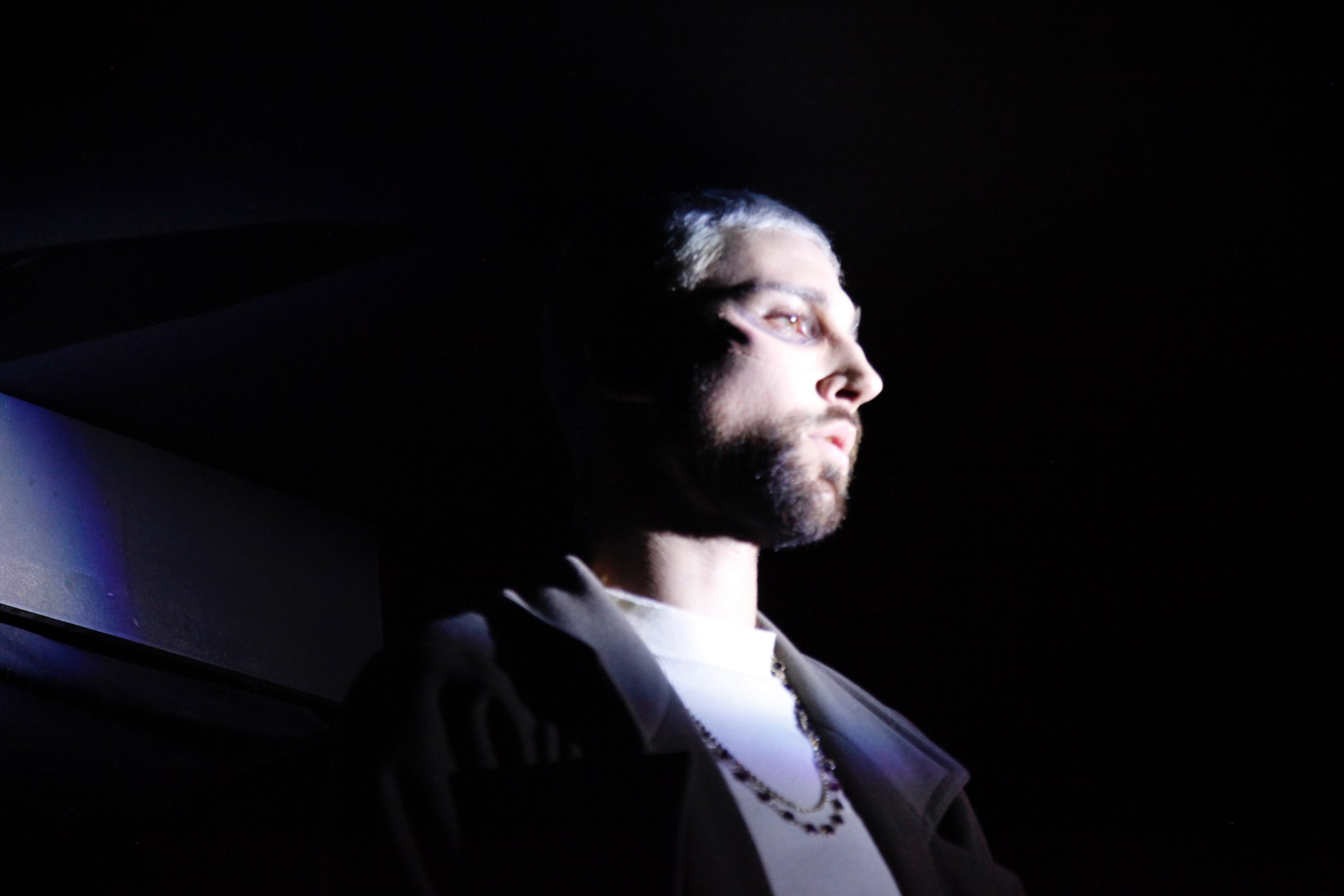 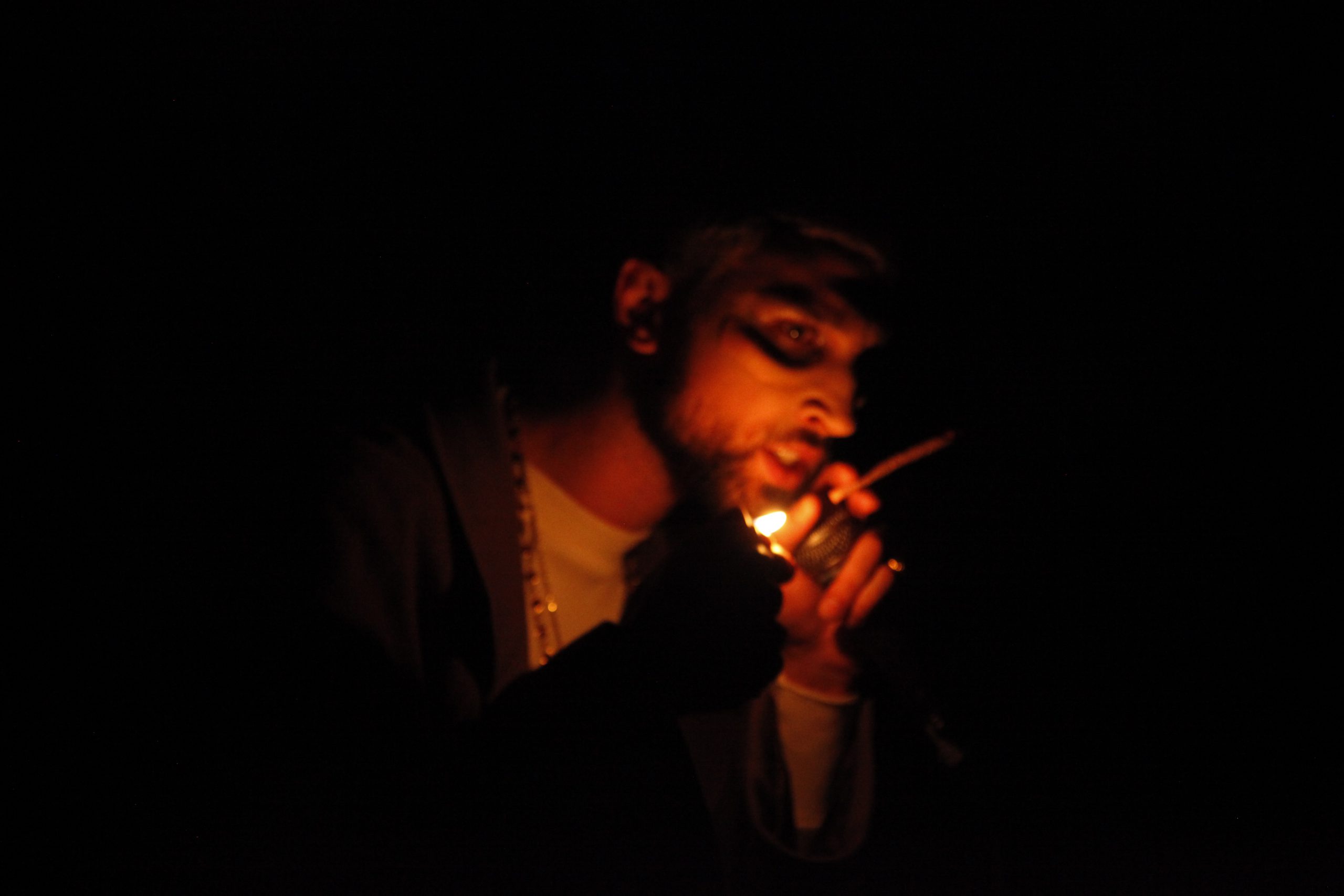 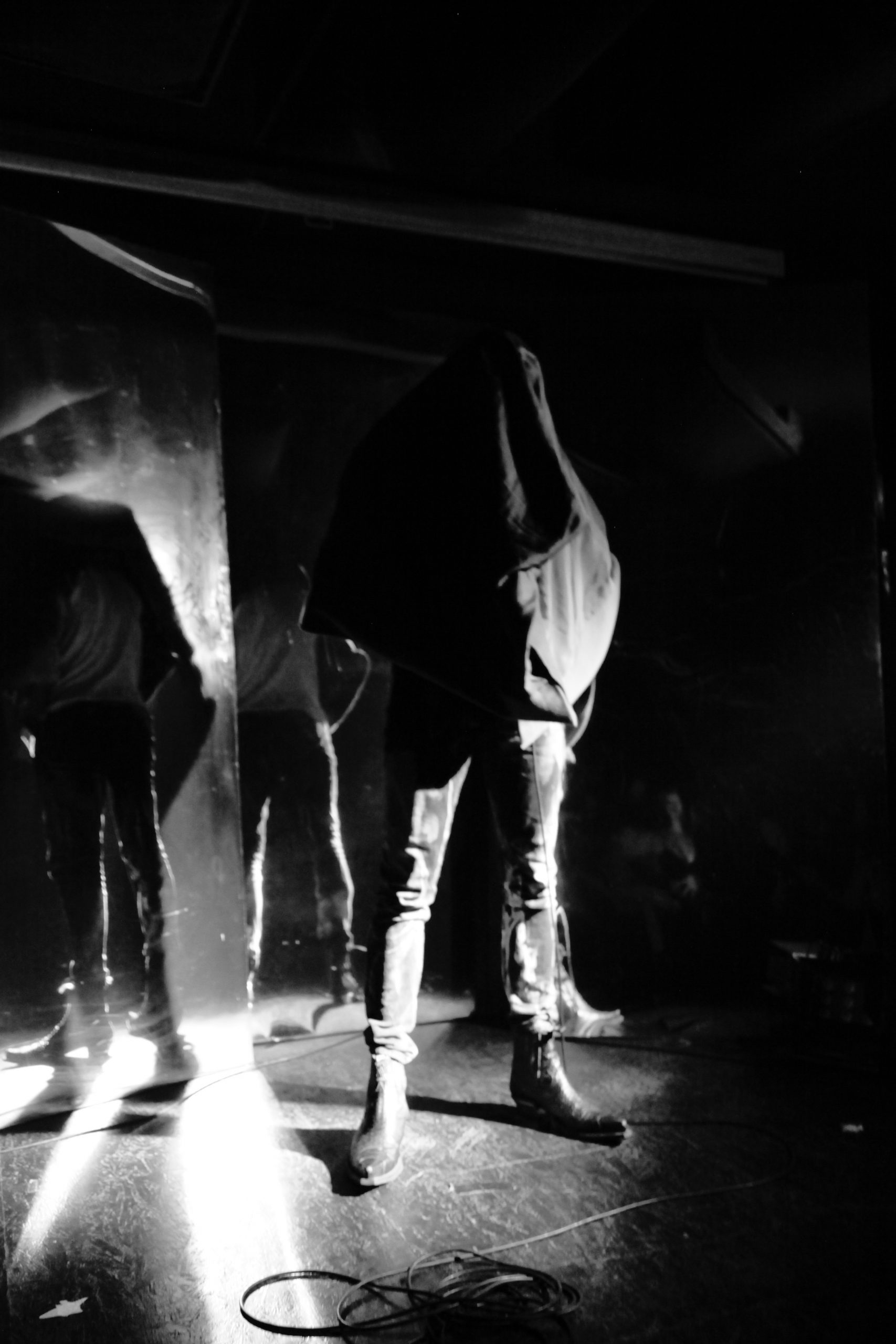 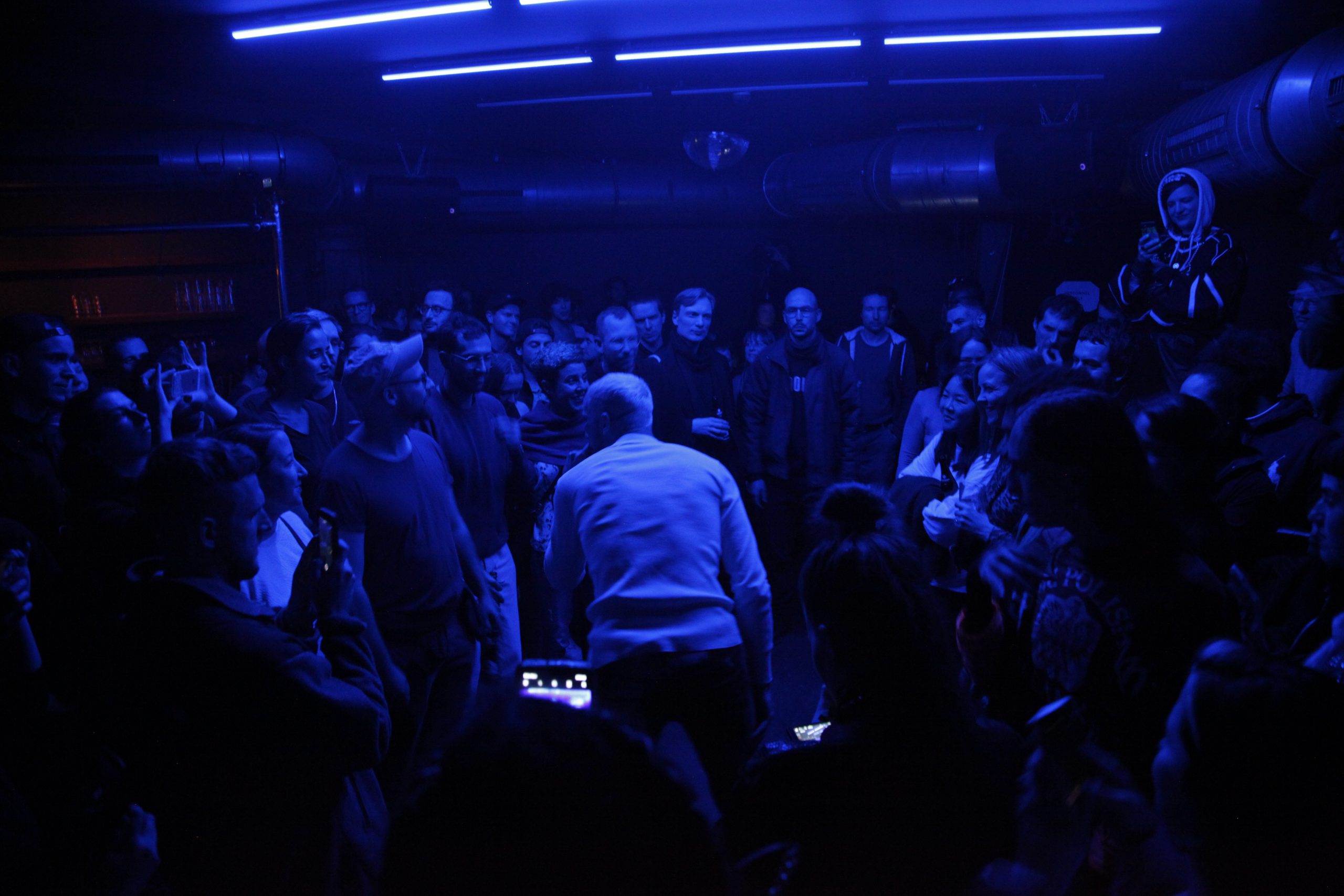 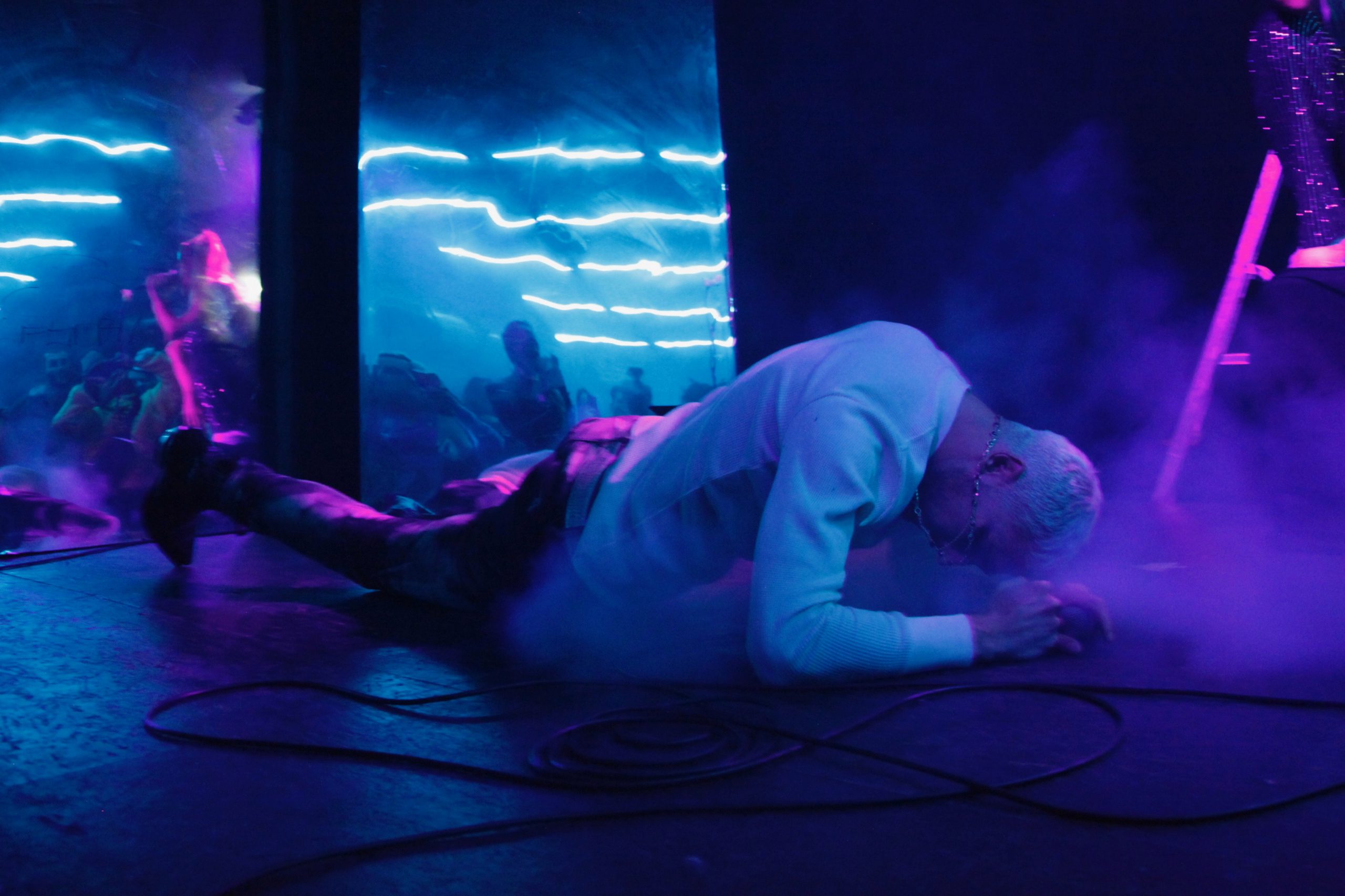 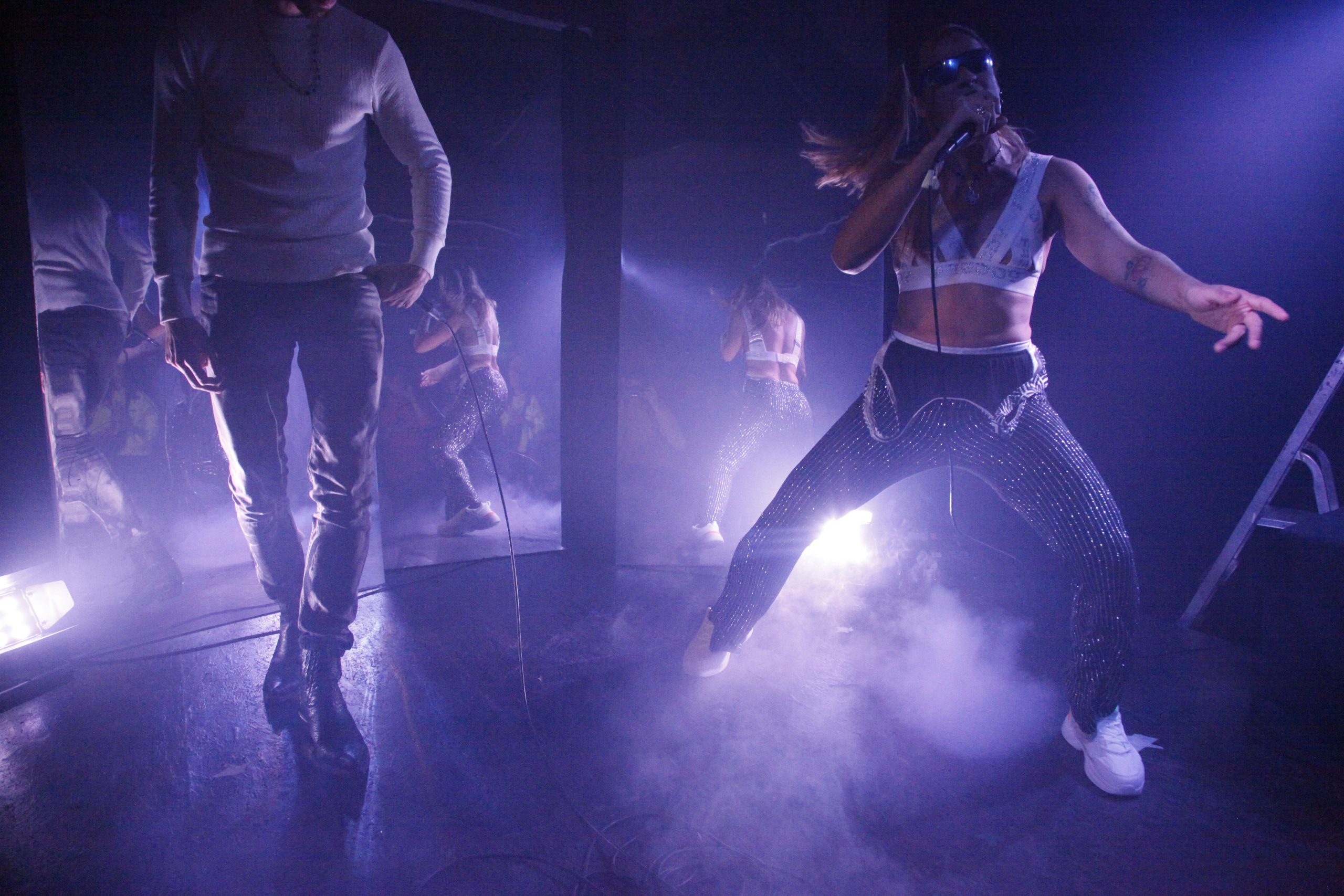 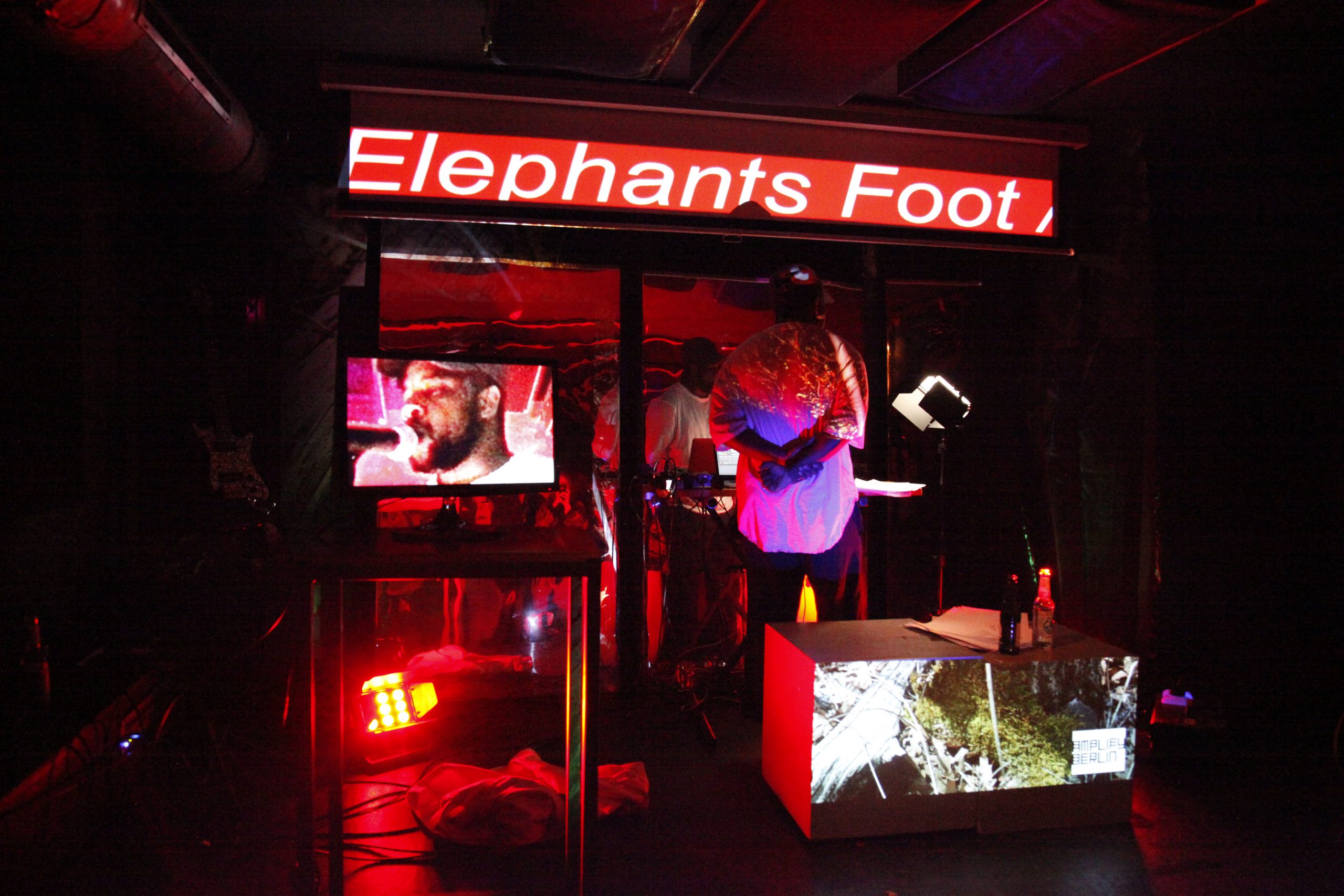 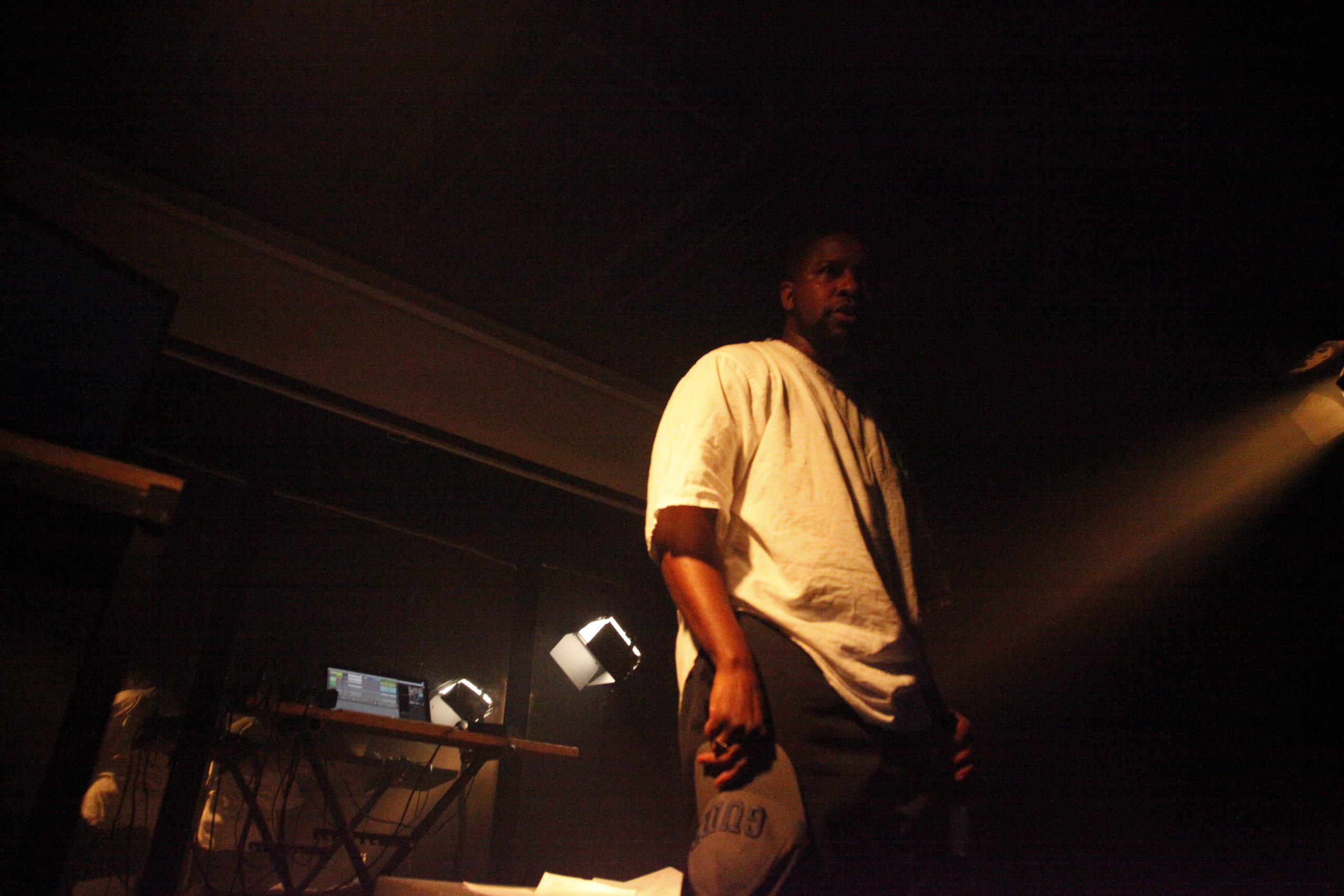 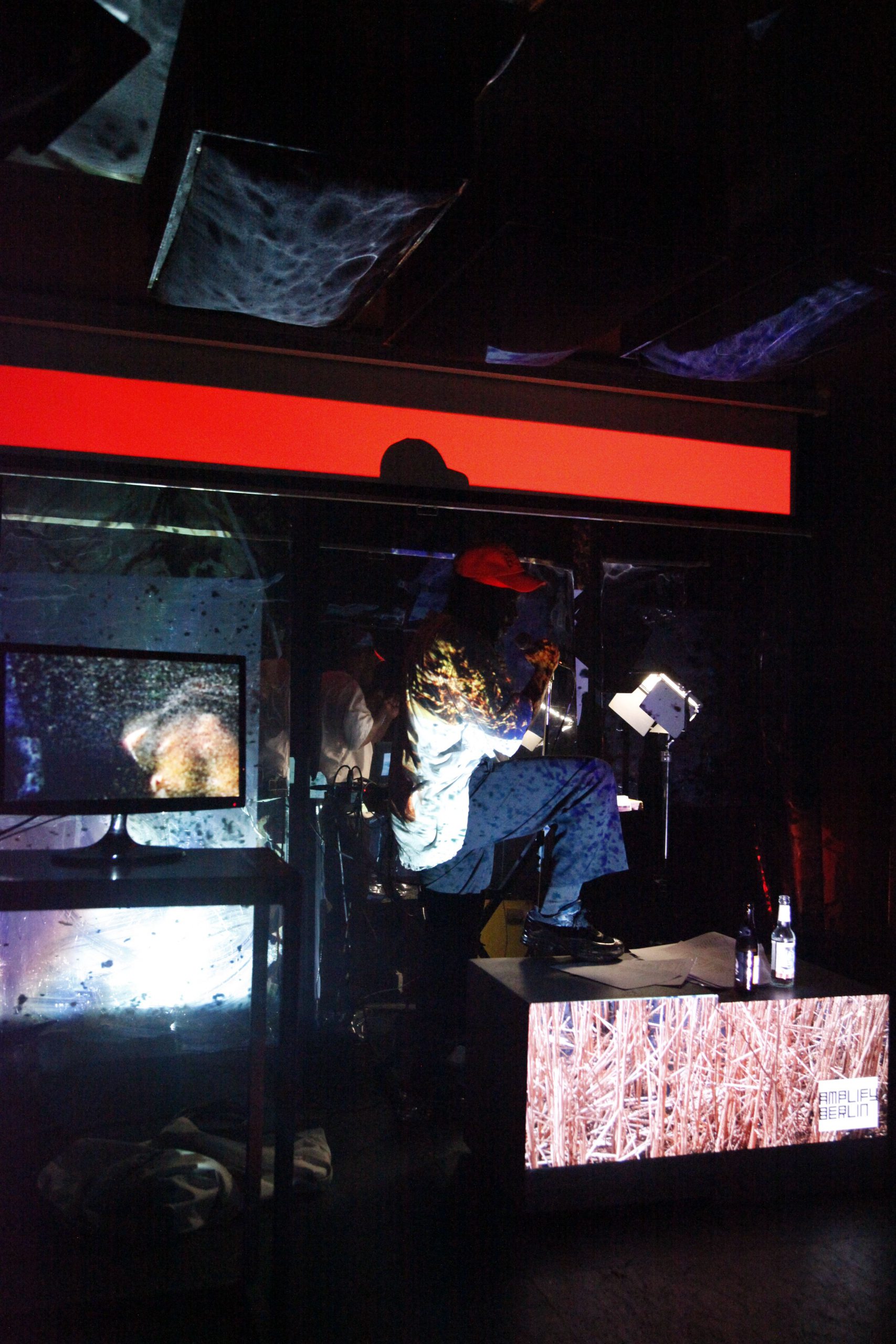 R&D: What role does humor play in your work?

Leo Luchini: I feel that rap lyricists and stand-up comedians share a lot in common. They both say things that we’re not supposed to say but we commonly feel/think. They both take a lot of intelligence and timing to land punchlines and deliver cadences. Many comedians ironically tend to have a dark side despite their clever wit and the dichotomy has always fascinated me. Humour is a powerful tool to get away with saying things that are a little more provocative or explicit due the two-sided nature of irony / sarcasm. I always reference Esu Elegbara [or Eshu] who was a Yoruba folk figure who was often depicted with two mouths: one speaking truth and one tricking / joking. It allows me to always consider my lyrics with having two readings. It’s a nerds paradise concocting parallel lyrical narratives….

R&D: Has your world perception changed since you started making music? If not, what has changed?

LL: I don’t remember life without regularly creating music so I don’t know how it changed. I started actually writing lyrics, chord progressions and beats as early as 11/12 years old. It was then that I realised I had found a kind of therapy for myself that cured a lot of negative feelings as a kid, so it surely changed for the better. I can’t and don’t want to imagine living without it…

R&D: What is the most challenging thing for you when it comes to your live performance?

LL: Adapting to different contexts / audiences. Having started my rap shows in London and New York there is a different understanding of rap as an art form due it’s own traditions. So people are generally more literate in its language and culture as just a rap show format – whereas playing internationally now there is a different plane of appreciation everywhere. Some venues are more suitable for a more theatric stage show and others more suitable for an immersive club party. Some crowds like to ponder and listen and others like to dance or mosh. And I think over the years I’ve learned how to play my cards better with each kind of gig because they vary so much now.

The other thing is when you’ve been so glued to the studio, one tends to forget that what you write, record, produce and engineer for the track actually is a whole different project with different priorities then what you need to prepare for your live set. Just vocalising on instrumentals back to back is one thing but building it into an arc of a show is another when considering performance, lights, live delivery, crowd interaction, etc. Especially when you both rap and sing and start involving effects or instruments.

LL: How would you describe the relation between the signifiers in your spoken word and your samples/beat styles?

R&D: The conversation about that never stops with R&D. We thought we could do a wiki about the obscure references and connections that we use in our lyrics or make a little publication accompanying the EP, but part of the fun is that they never get to be completely exposed. But we like to reveal little secrets here and there. The beats and the lyrics inspire each other equally. We find these different pieces that give us an idea for the lyrical content and then we manifest the rest, haha. Like, for example, “Gravity Fun” song was written when we were on the Black Sea coast of Bulgaria (the title is actually a name of an abandoned disco club in Pomorie). We had some dirty associations with that name (I’ll leave it to your imagination) and then the next part came. We did a short trip to Sunny Beach, where after trying to shoot some stuff for a music video we ended up in front of a casino street speakers announcing: “Do you wanna have fun? Do you wanna have fun? So many ways to have fun!”. There was this whole fun pressure everywhere. The message stuck. A promise of superficial happiness caught up in the realm of monetary valuation. That was the starting point for the song. The beat just came along. We try to make it a bit funny, mix the dark lyrical content with sounds that seem unexpected.

LL: How have your Eastern European roots influenced your work?

R&D: Our roots obviously influence our work. It feels that coming from Eastern-Europe gives you such a different understanding of the world and makes you relate to everything in such a different way than in the West, especially if you were born not-so-recently, like us (in the 80s). The “Semi-Famous …” was about a dark fantasy but for our next release (that we started working on during the Amplify program), we decided to explore more of our cultural background and perhaps the language. The landscapes we grew up in, the traumas that we carry, the language that shaped our thinking – all of it is in the songs. We work quite a lot with the questions of ascribed identity – not only in the national sense or referring to Eastern European roots. Our lyrics might not be directly political, but they touch upon a lot of hierarchies and paradoxes in the society we live in. We mostly use English, which is not our mother tongue, so, we assume and we also hope, we warp it and use it in a totally different way than the native speakers. We’re thinking of making some pieces in Polish and Russian (our respective native languages) or a mixture, with English and maybe even German. Not belonging could be liberating to some extent too, being in between cultures and languages as well. We would also like to avoid the fetishisation of the Eastern-European aesthetics, so widespread in the art and music scenes in the recent years. We’d like to present our honest experience and not just memes (but also some memes too). It feels like not belonging to either Western or Eastern Europe (we both live abroad for far too many years) can be very liberating and we can present a broader experience to our audience that is rather international.

LL: The mode of address can shift between popular music tropes and spoken word in the art context – how much of the lyrics are coming from your personal perspective and how much is more abstracted, for example, from the perspective of developed characters?

R&D: We would say it is a real mix. On the one hand it’s the desire to write, tell a story and play with the language that excites us about writing the lyrics. On the other, it’s wanting to convey an experience or emotion that we find interesting, relevant or personal. So there is both. The characters we come up with are fictional but they were created in our minds and inspired by real situations. For example Semi-Famous Mexican Socialite comes from a conversation Maru had with a guy. When asked if he was seeing someone, he said (quoting): “not really but there is this semi-famous Mexican socialite based in Buenos Aires that sometimes comes by and brings me valium”. Maru told me (Emilia) this story and we were both mind blown by the whole phrase that was ridiculously specific and elaborate. We started wondering 1. what this guy’s deal was 2. who is this mysterious socialite and if she is even real and what she might be going through with a person who is literally trying to sell/market her to other people. That’s basically how R&D started. But obviously the EP/the songs talk about a broader experience of dating in the modern world and jadedness that is often the effect of that, as it is often called, “(dating) scene”. We are part of it and this stuff happens to us. “bb ur so beautiful” is made of lines that a guy said to Emilia (these songs are writing themselves, we don’t even need to make an effort lol). It seemed to be in the same realm of absurdity as our EP title. It all came together. But for example “Semi-Famous” track comes more from fantasizing and observation, trying to imagine the socialite, her lifestyle and her emotional states, make an imaginary movie. Another aspect of the lyrics is that we create them in quite a “collage-y” way, we find inspiration everywhere. We steal lines from conversations, slogans from infomercials, social media hashtags and we connect them using our own words, playing with metaphors etc. In a sense it’s spoken word that slides into pop and the other way round. Our aim was always to create a hybrid piece that can function in a multitude of spaces and contexts, to have space for experimentation and not to feel like we are doing some kind of homework.

Leo Luchini
Back to Top